Risk is a fundamental component of philanthropists’ success. Philanthropists invest money to achieve certain specified outcomes, and like any investment, that transaction is governed by the interplay between risk and return. – Risk Management for Philanthropy:  A Toolkit, January 2017 On March 6, 2014, the Gebbie Foundation Board of Directors approved a motion to commit $6 million for the development of the National Comedy Center. Just over 4 years later, in August of 2018, the new attraction opened to rave reviews from visitors, residents and comedy professionals. 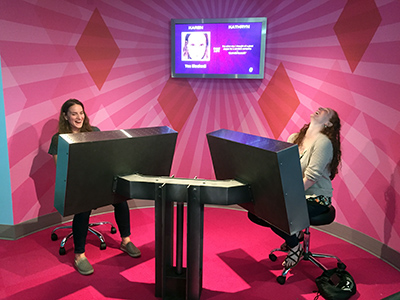 Based on a feasibility study and a quality team of project drivers, the Foundation make a calculated investment that held potential risk of failure, or that of success. Due to Gebbie’s early commitment to the project, other funding sources, especially New York State, gained confidence in a project that held genuine promise to shine the spotlight on Jamestown, the western New York Region and the entire state of New York. Visit the National Comedy Center website. 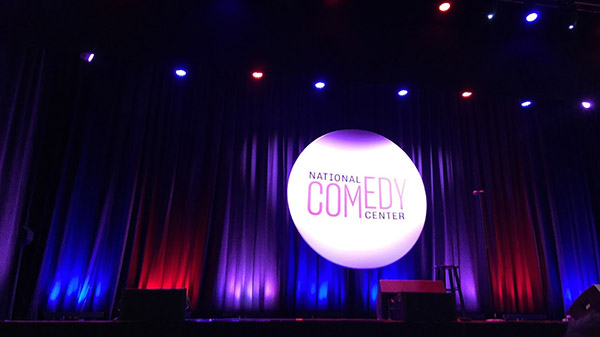 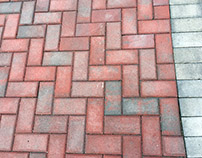 Red brick-colored pavers now replace the tired asphalt portion of Second Street between the Northwest Arena and the National Comedy Center (NCC). Completed in time for the opening of the NCC (August 2018) the resurfacing of the street made the area a multi-purpose space incorporating removable bollards to allow the road to be closed for special events.  The Piazza development is an important component to all the investment that is occurring in downtown Jamestown such as the expansion of the Riverwalk, installation of two pedestrian bridges over the Chadakoin River, creation of Comedy Park, construction of the National Comedy Center, renovation of the Wellman Building into 44 market-rate apartments, restoration of the Reg Lenna Center for the Arts properties and the list goes on. Considered alone, the 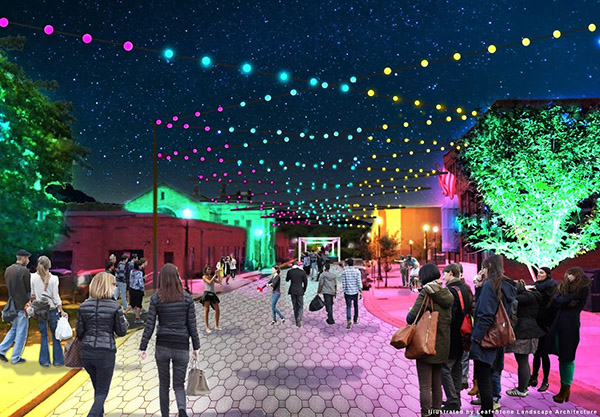 Piazza project could have been seen as simply repaving a section of a city street, but when combined with the considerable investment in the area, it became a much more significant project. Thousands of people will gather in the space every year to take in outdoor movies on the large digital screens at NCC and Shawbucks, public performances and other gatherings. It provides an appealing, pedestrian-friendly feel that connects visitors to the Northwest Arena, Shawbucks, NCC, Comedy Park and the Riverwalk. 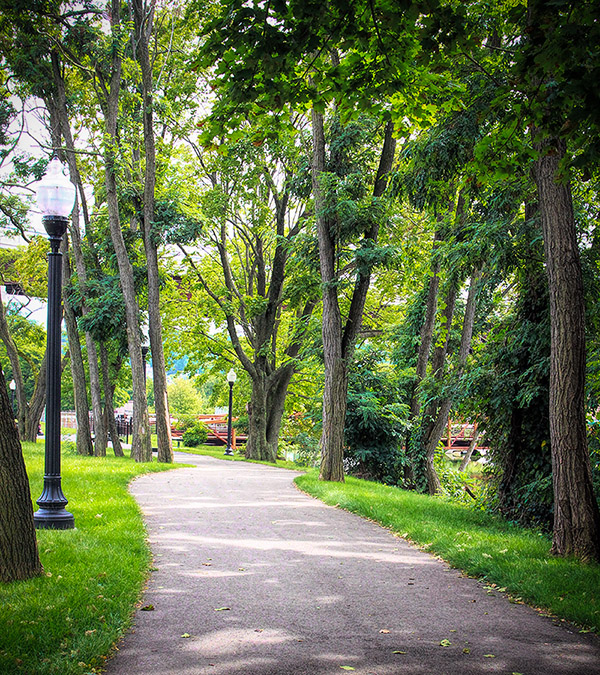 The Gebbie Foundation was a key partner in assisting the City of Jamestown in preparing and presenting its successful application to the state during the first round of DRI funding. As a result, 10 projects were identified as having the potential for transformational change including funds to restore a full service hotel to downtown Jamestown, upgrade a historic theater and surrounding buildings, and improve the city’s Riverwalk experience. 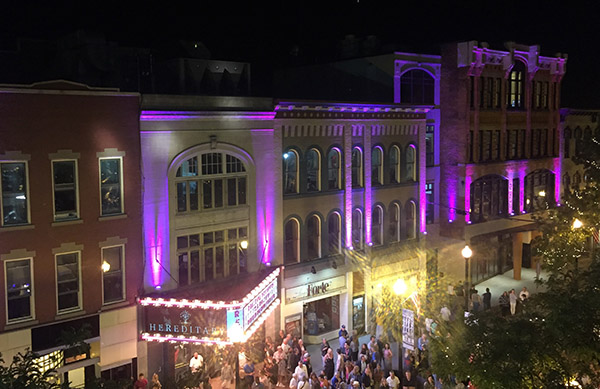