Embracing comedy as an important tool to spur economic development, the City of Jamestown celebrated the opening of the National Comedy Center (NCC) on August 1, 2018. Exceeding expectations, the Center defies description. It is a one-of-a-kind attraction that is guaranteed to make even the most reserved curmudgeon break into laughter.

How did it come about? Why Jamestown? The First Lady of Comedy, Lucille Ball, was born and raised in the greater Jamestown area. As a child she took in the Vaudeville Productions offered at the Palace Theater (now the Reg Lenna Center for the Arts) and attended Jamestown High School.

Prior to her premature passing, Lucille Ball indicated to community leaders that, rather than a static museum full of her possessions, she would prefer to see the development of a place that explored and celebrated comedy as an art form and as an industry.

Years later, the Lucille Ball and Desi Arnaz Center came to the Gebbie Foundation with a proposal to explore the idea of a Comedy Hall of Fame. Jamestown’s Urban Design Plan recommended the establishment of an attraction that would annually draw 100,000 people to the city. After initially funding the Feasibility Study, the Gebbie Foundation voted to make a multi-year commitment for the development of the Center, totaling 6 million dollars.

Vowing not to begin construction without a complete funding package, Tom Benson, NCC Chairman, and Journey Gunderson, NCC Executive Director, worked tirelessly with their Board of Directors to raise funds from local and regional foundations, New York State and federal sources. 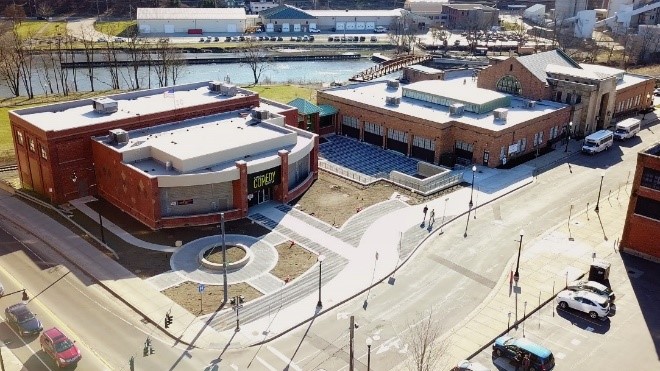 Engaging world-renown design firms, NCC shed the idea of becoming a Hall of Fame and instead focused on developing a high-tech interactive attraction that would be ever-changing and flexible enough to keep up with the introduction of new comedians onto the world’s stages. 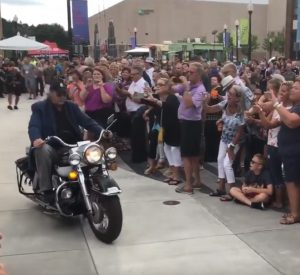 There was a ribbon-cutting for NCC’s Grand Opening held during the annual 2018 LucyFest. Celebrities connected with the comedy industry were seen throughout Jamestown. Dan Aykroyd thrilled visitors and residents by riding his motorcycle down the sidewalk in front of the NCC and donating it to the Center. He served drinks in a local tavern and got up on stage and sang with a popular local band.

Jamestown is crossing over to comedy, ending the years of speculation on whether or not the city would find a new purpose and recover some of its grandeur from days gone by. Comedy not only helps to heal people, it can also help revitalize a city.